After last week’s failed AZT300 attempt, I was still thirsty for a big ride. On Tuesday, I was dropping off some computers, one on Senator Hwy, and the other with a clear view of Mingus Mountain. Then it dawned on me, could I get breakfast in Jerome and make it to Crown King for dinner?
I left the house at 3am, with the goal of being in Jerome by 7am, when the first breakfast restaurant opened. I love watching the sunrise over Mingus, the early departure was no problem. 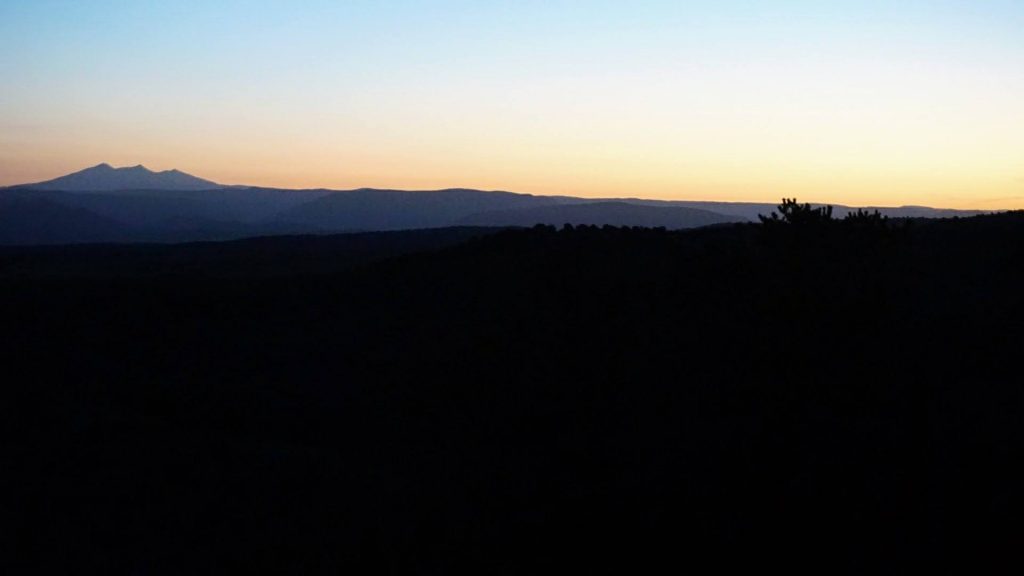 This sign marks the end of the rocky section of dirt on the way to Perkinsville Rd. Jerome is barely visible, but only a few quick miles away. 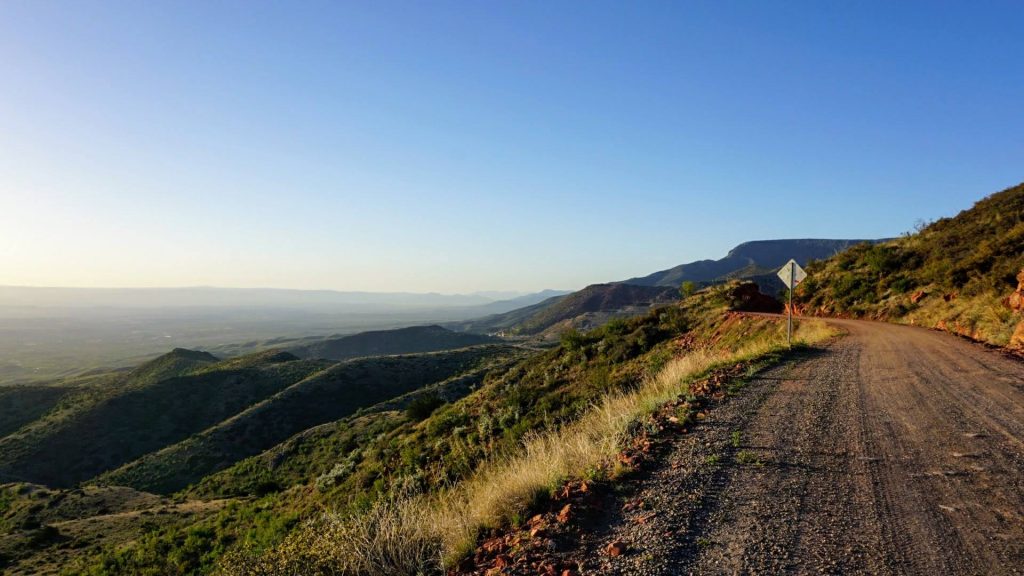 The first 40 miles flew by in just under 4 hours. The breakfast burrito was exceptional, so I got a second to eat after the climb out of Jerome.

A few miles after the first climb, I heard a water pipe pouring down the mountainside. I slammed on the brakes and found the pipe. I sat there, ate the burrito, and filled up with the cool spring water. 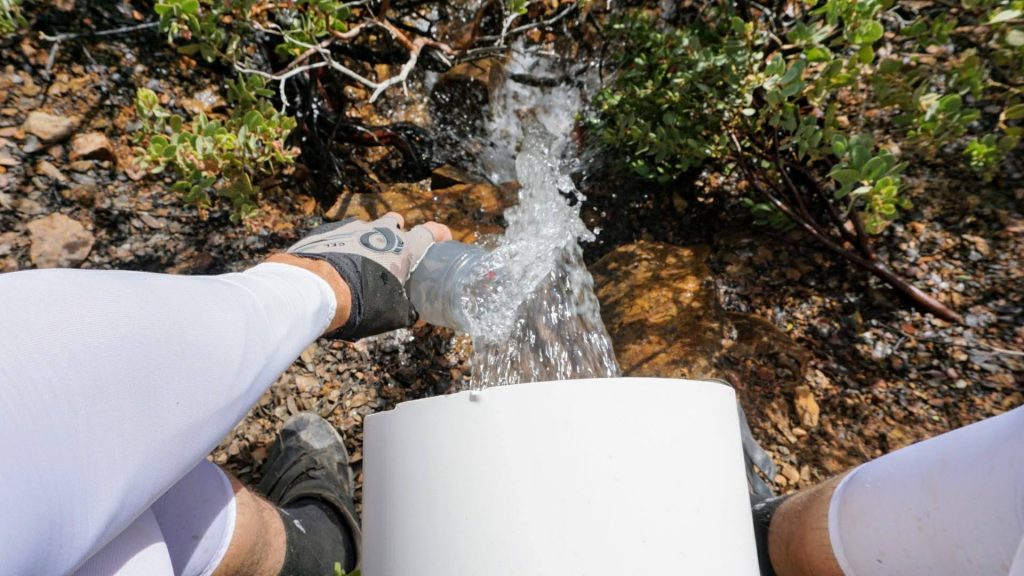 With a full belly, I continued the ride around the south side of Mingus, until I hit the turn off for Cherry.  There’s never any shortage of rocky terrain. 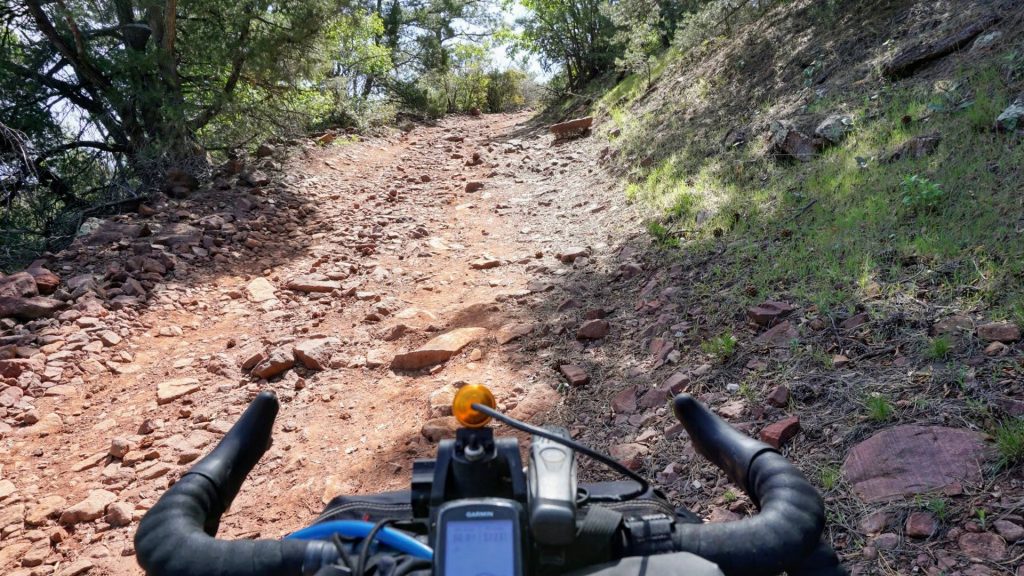 Finally, things smooth out a little. 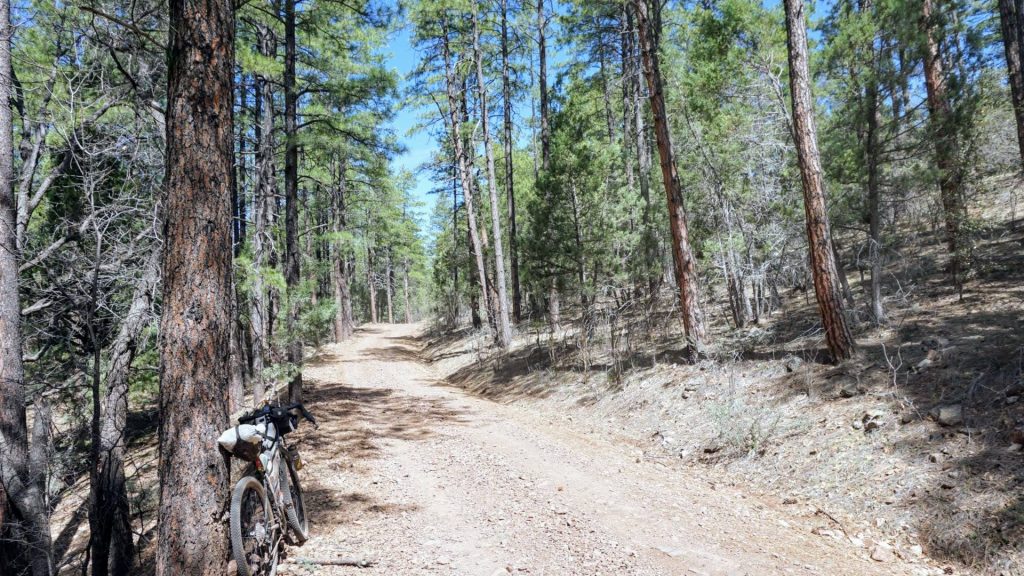 The hills on the way to Cherry. 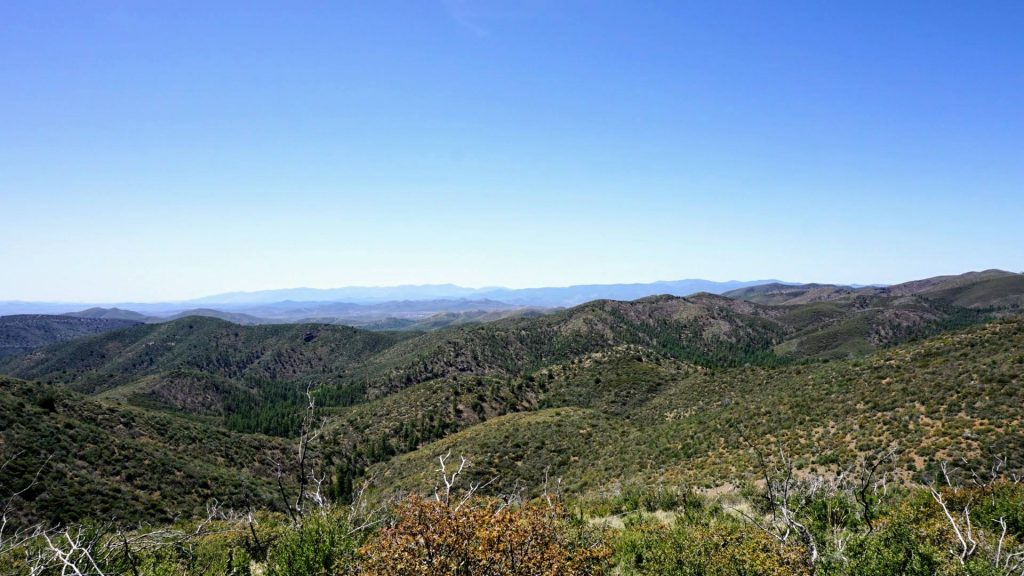 After a few steep climbs, I hit the Cherry Creek Rd. descent and bombed down the hill.  I crossed 169 and took Orme Rd down another sweet downhill. Eventually that led to Old Sycamore Rd. and to Mayer for another refill. 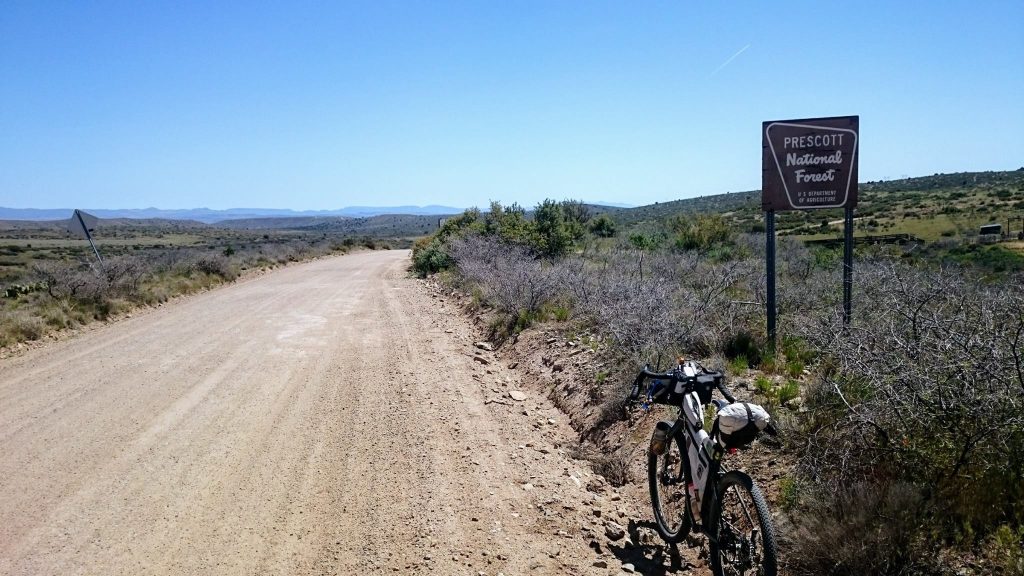 From Mayer, I took Antelope Creek Rd. to Cordes where there is no fuel at the station. 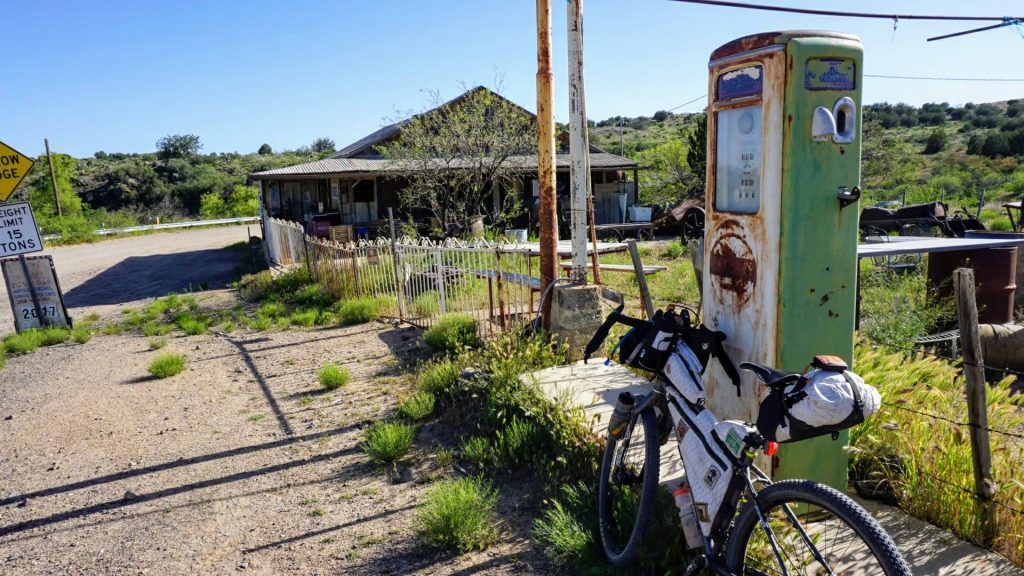 Down some more before making the turn to Crown King. 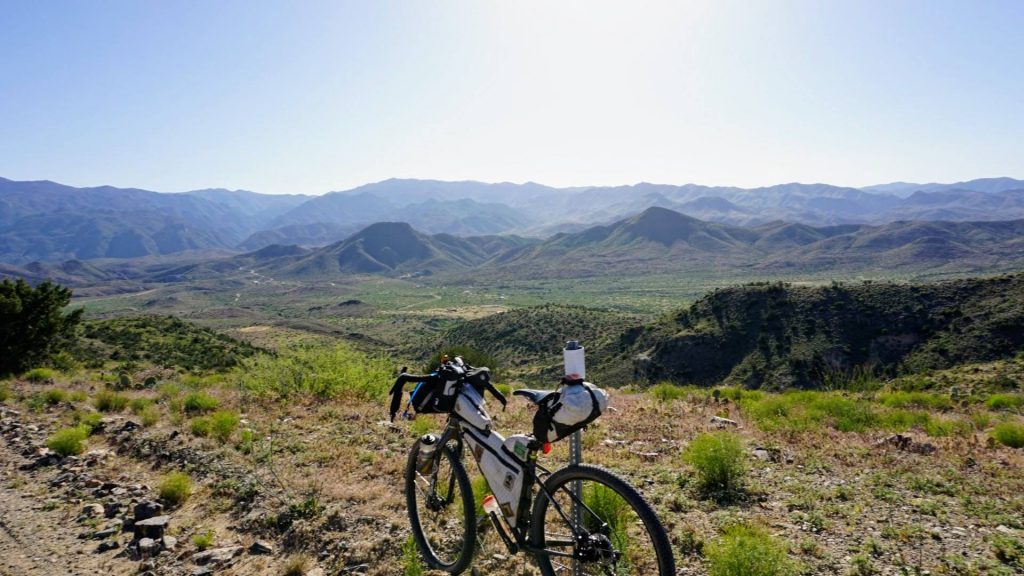 After a quick stop for a hot dog in Cleator, I was off on the climb to Crown King.

I only had a little more time to make it up the mountain before the kitchen would close for the night. After being dusted by 100 Jeeps flying down the gravel, I finally made it to the Crown King Saloon, just in time to order a cheeseburger. As I sat at the bar eating, I had to answer a million questions about what I was doing there on a bike, and explain that I was still going to ride home to Prescott that night. I took my time eating, so I could suck down some caffeine and sugar for the last push home.
When I stepped outside, it was freezing, the temperature had dropped almost 20 degrees in no time. I put on an extra pair of wool socks, along with my arm and leg warmers, over shorts, and warm gloves. After pedaling up the climb past Bradshaw City, I finally caught a downhill for a few miles. 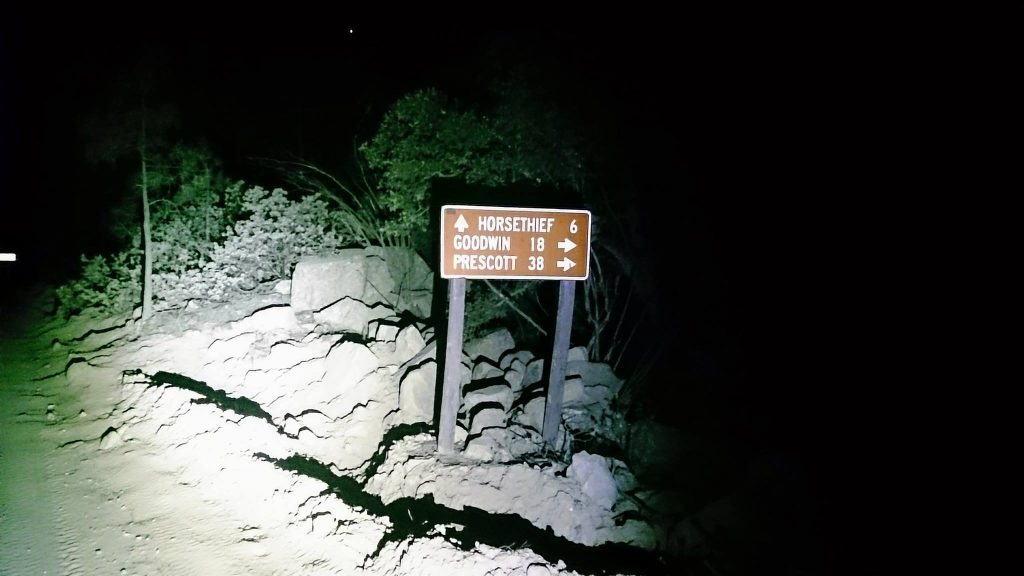 On with the jacket, then a climb, off with the jacket. The zig-zag of ups and downs lead to me just tying my jacket around my waist, instead of jamming it in my seat bag, to save time. Making it to Arrastra Creek meant the final climb was on. Sections of the road were so loose and rocky, I had to stop and catch my breath just to make it without any hike a bike. Those last 2000′ crushed me after riding 150 miles to get there. 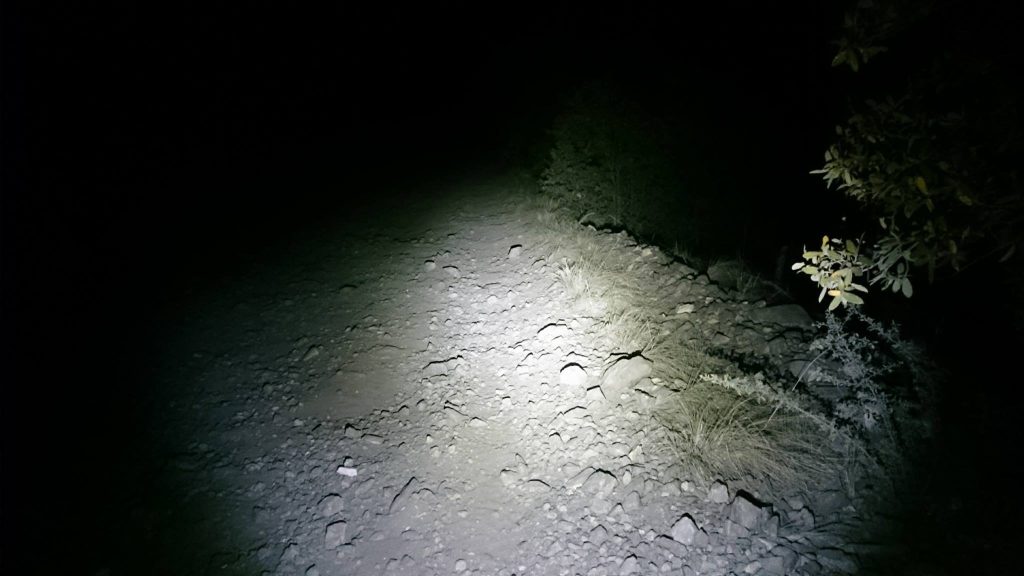 When I made it to the cattle guard at the top of Senator Highway, it was 2 am. I put on my rain pants, a second pair of gloves, and my down jacket, but it was still no match for the wind chill on the descent. I rode slowly, and still had to stop a couple times to warm up. Just before I made it into town, police lights were flashing in front of me. A couple idiots didn’t make the turn at the top of Mount Vernon and plowed up the rocks, wedging their car between the concrete and the rock walls.
The answer was yes, I can have breakfast in Jerome and dinner in Crown King. 170 miles, all but 25 were gravel, 16,000′ in elevation gain. 25 hours.